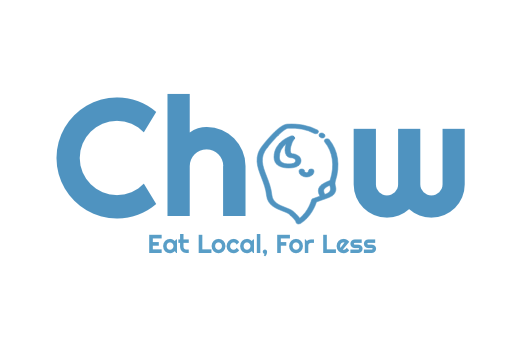 This past week marked the start of the first-ever Code:Buffalo Hackathon @ Home. The prompt this year was deliberately left broad and simply stated:

"Build something that can help the Buffalo community."

With the Coronavirus in focus, we decided to think of ideas that could bolster Buffalo's struggling small businesses both in the immediate and long term. After a quick brainstorming session, John Steinwachs, Dylan Shine, and Connor Chevli and I came up with the idea for Chow.

The core of the idea was to enable restaurants to offer "flash" deals directly to consumers. The hope being that a deal would replicate the foot-in-the-door technique often employed by restaurants. Similar to offering half-priced appetizers during happy hour, a restaurant could offer a deal to draw a customer's initial attention and then upsell additional items on checkout.

A key differentiator between Chow and other meal ordering platforms would be Chow's business model. In the short term, Chow would be offered free of charge; Once businesses had recovered, Chow would charge a flat monthly fee. By doing so, restaurants could avoid the huge service fees charged by companies like GrubHub (13.5% of total order) and Uber Eats (25-30%). On the other side, Consumers would be incentivized through the flash deal concept and the absence of service and order fees would ultimately lead to lower prices.

Leaning heavily on our technical backgrounds, we selected a cross-platform mobile approach. Building on both iOS and Android through Flutter.io and using the serverless framework Firebase for the backend. A demo of the app can be viewed below: